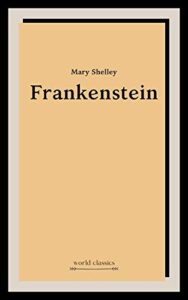 Frankenstein is one of those interesting books which, while generally considered to be firmly in the Horror genre today, is considered to be one of if not the first Science Fiction novels.  I am placing it under my horror recommendations because of the way it handles the theme of man's inhumanity to man.

We're all familiar with the broad strokes of the story - Dr. Frankenstein uses electricity to reanimate a body built from the reassembled pieces of multiple cadavers, then abandons the creature he has created out of revulsion for what he is done.  The "monster" is essentially a child, and must fend for itself as it deals with being attacked for its hideousness, until it returns to confront its maker.

Many of the themes explored in this book endure today, which is why I recommend it.  Regardless of genre, this book should be a part of every writer's tool kit; some might say it doesn't really have much use with Romance...but I suppose the underlying themes could probably punch up the quality of those narratives if applied right.

Most importantly, though, this is an excellent foundational piece for writers who want to explore themes of how people and society are likely to respond to the introduction of new technologies and sciences...which has the potential to go terribly wrong. 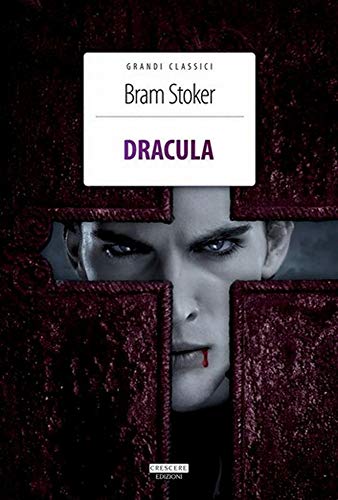 Another classic and a must have for any author looking to write in the Horror genre.  As with Frankenstein, we all know the basics of the story: Jonathan Harker travels to Transylvania to meet with a mysterious count who turns out to be a vampire, and he and several companions must hunt down and kill the monster after the vampire moves to England and starts killing a fresh crop of people.

Where this book becomes essential to a writer's library is that it is an excellent example of hopping from one character's perspective to another in the form of journal/diary entries.  What modern readers also tend to forget is that, for Victorian era writing, the books themes are incredibly sexual; forget for a moment that, in practice, people of the era weren't exactly the prudes we think them to be, despite social conventions which would have us believe otherwise.  As such, it's an interesting exploration of how to personify topics with which we may be uncomfortable dealing with - critical if a writer wants to come up with their own monster. 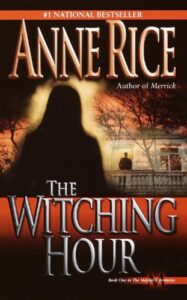 No Horror recommendation list would be quite complete without a mention of Anne Rice, though I am avoiding The Vampire Chronicles on this list despite her breathing some life into that undead trope.  Anne Rice's older catalog is, in my opinion, better than much of her new stuff.  I therefore recommend The Witching Hour, as it deals with witches and ghosts rather than the more common vampires, zombies, and poltergeists.

The book focuses on the exploration of the relationship between Rowan Mayfair, a physician and hereditary witch, and Michael Curry, a drowning victim with a form of touch telepathy, as they try to puzzle out the history of the Mayfair clan and discover the secret behind the ghostly presence called Lasher.

As is fairly typical with Anne Rice's books, there is some sensuality, representation of sexuality, and racial overtones that - for the late 80s and early 90s - was edgy but which seems somewhat mild today.  That being said, where this book comes in handy as a writer's resource is the use of language in painting a picture - both because it's exquisitely done, and also because her wordiness can sometimes bog down the pacing and create slow passages.  The characters are, on the whole, fairly believable and sympathetic...right before they go off into territory that makes them creepy or unlikeable.

The sequels Taltos and Lasher maintain the narrative level of The Witching Hour, but are not necessarily required to get a sense of how to weave a story across multiple geographies and time periods.  Frankly, by the time I reached Lasher I was a bit burned out due to finding the character growing more unlikeable than sympathetic, though it could be argued that the way they behave is more plausibly human than a lot of characters can come off.  That being said, the linkage with the secret organization of the Talamasca, which links other parts of Rice's universe together (such as The Mummy, or Ramses The Damned and The Vampire Chronicles). 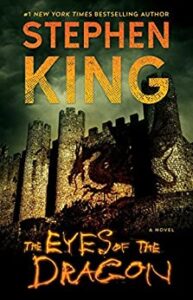 The Eyes of the Dragon: A Novel
Stephen King

I am going to put this generally unpopular opinion out there right off the bat - I am not much of a Stephen King fan.  However, The Eyes of the Dragon is one of the few books of his that I not only finished, but enjoyed - and it appears on my Horror recommendations despite being a fantasy setting because it weaves horror elements into the narrative quite well.

The book focuses on the murder of one king and the wrongful imprisonment of the heir by a demonic being named Flagg, followed by the standard get-the-bad-guy arc.  Despite clearly being a fantasy, I categorize this in horror due to the sense of menace King manages to build into the setting and into the character of Flagg.

I recommend this book to both Fantasy and Horror authors who look to expand beyond their niche, as Stephen King manages to show how the two genres are not mutually exclusive.  In fact, it is because of this book that I decided to incorporate horror elements into my own fantasy novels.